We are pleased to announce our Advisory Committee, a voluntary group of people from several areas of knowledge and regions of the world who are significant contributors to ICTs for human development within their fields of expertise. They will help to guide poliTICs with advice on strategies and editorial line, suggestions of themes to be covered and of improvements of our Web presence. None of the members will be held responsible for the publication's content either in printed form or online. Here is the current list of committee members: 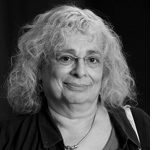 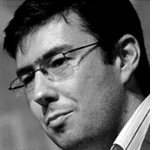 Carlos Affonso Pereira de Souza - Founder and Director of the Rio de Janeiro's Institute for Technology and Society (ITS). Dr. Souza holds a doctorate and a master's degree in Civil Law from the University of the State of Rio de Janeiro (UERJ, 2009 and 2003). He is a visiting fellow at Yale Law School's Information Society Project and a Policy Fellow at Access. Dr. Souza was the vice-Director and co-founder of the Center for Technology and Society at Getulio Vargas Foundation. He teaches graduate and post-graduate courses at the State University of Rio de Janeiro (UERJ) and at the Catholic University (PUC-Rio) on intellectual property, ICT's regulation and contracts. He has been a member of the Copyright Commission of the Brazilian Bar Association (Rio de Janeiro section) since 2007 and was a member of the former Commission for the Protection of Consumers in E-commerce, created by the Brazilian Ministry of Justice (2006-2008). Dr. Souza has been involved in many Internet governance activities at ICANN and at the United Nation's Internet Governance Forum (IGF). 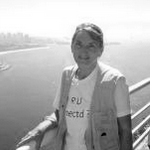 Deirdre Williams - Ms. Williams was born in England but has lived on the island of Saint Lucia in the Caribbean for most of her life. For the last twenty years she has been concerned about the way that people are affected by information and communication technologies including the Internet, and how the human/technology relationship may best be managed. She became interested in the possibilities of the Internet for networking in the Caribbean while studying for a Masters degree at the University of Illinois Urbana-Champaign in 1993. 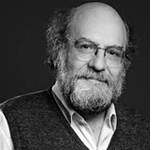 Demi Getschko - Dr. Getschko holds BSc, MSc, and PhD degrees in Electronic Engineering from the University of Sao Paulo in Brazil. He is the CEO of NIC.br and a member of the Brazilian Internet Steering Committee (CGI.br), as tne Notorious Knowledge Member. He has been involved in Internet development since 1987 and was the part of the team that established the first Internet connection in Brazil. He has been the administrative contact for the ".br" country-code domain since 1989, and a member of the Brazilian Internet Steering Committee (CGI.br) since 1995. He served two terms as a member of the ICANN Board, from 2005 until June 2009, representing the ccNSO. From 1972 through 1986 Dr. Getschko held a variety of positions within the University of Sao Paulo, from student to faculty and IT Professional. He was the manager of the Fapesp Data Center, a state foundation that played a central role in the Brazilian academic networking, from 1986 through 1996. He became the Technology Director within the major Brazilian newspaper, Agencia Estado, in 1996 . He is also a former Operations Coordinator at RNP. He has been involved in ISOC since 1995 and is currently the vice-president of the Brazil Chapter. 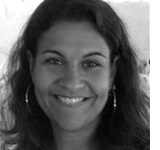 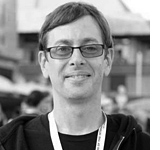 Jeremy Malcolm - From May 2014, Dr. Malcolm took up a position at the Electronic Frontier Foundation as Senior Global Policy Analyst on intellectual property. Prior to this he worked for Consumers International coordinating its global programme Consumers in the Digital Age. He is also a member of the steering or advisory committees of CSISAC, Best Bits and Web We Want, as well as a former coordinator of the Civil Society Internet Governance Caucus. 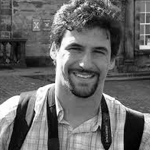 João Brant - A member of the Brazilian non-profit Intervozes (which works to make effective the human right to communication in Brazil), Mr. Brant graduated in Radio and Television at the Univesity of São Paulo (USP), has a Masters degree in Communication Regulation and Policies from the London School of Economics (LSE), and was Secretary of the Brazilian Ministry of Culture. Brant loves Brazilian instrumental music and plays the guitar. He currently is a PhD student in Political Science at USP, and co-author of the book "Digital Communication and the Building of the Commons." 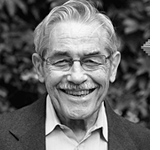 Louis Pouzin - A pioneer expert in computer communications and networks, Louis Pouzin graduated from École Polytechnique in Paris. He is one of the Internet fathers, and created the first datagram packet network, model later adopted in TCP/IP. Besides his experience leading teams of top professionals, he is known internationally for his participation in early network standardization activities within IFIP, ISO and CCITT, and his numerous publications, many of which have become educational material in network courses. He is past chairman of IFIP-TC-6 (data communications). He has published more than 80 articles and a book on computer networks. Among awards he has received: IFIP Silver Core, ACM SIGCOMM, IEEE Internet, French Légion d'Honneur, and the Queen Elizabeth prize for engineering. Presently he is president of Open-Root, promoting Top Level Domains independently of ICANN. 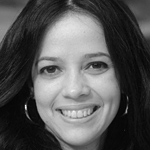 Marilia Maciel - Professor Marilia Maciel is a former researcher and coordinator of the Center for Technology and Society of the Getulio Vargas Foundation (CTS/FGV) in Rio de Janeiro. She is also a lecturer and tutor in courses offered by DiploFoundation. She serves as a Member of ICANN Non-commercial Users Constituency (NCUC) and representative of NCUC in NCSG Policy Committee. Marilia is a former member of the Working Group on IGF improvements (2011-2012), created under the auspices of the Commission on Science and Technology for Development (UN CSTD). Currently she is a member of the Advisory Board on Internet security, created under the Brazilian Internet Steering Committee. Marilia is a PhD candidate on International Relations at the Pontifical Catholic University (PUC - Rio de Janeiro) developing a thesis on Internet Governance, cyber security and defense. She holds a Master's degree in Latin American Integration from the Federal University of Santa Maria (2008), and an Undergraduate in Law from the Federal University of Pernambuco (2005). She is now working with the Diplo Foundation in Strasbourg. 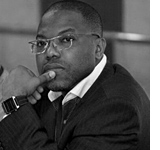 Mawaki Chango - Dr. Chango is a leading researcher and consultant in Africa specializing in the areas of Internet governance and public policy as well as in Information and Communication Technologies for Development (ICT4D). He has more than 15 years of experience with ICTs and social change, including project coordination, field research and policy advice. He has authored or co-authored a number of scholarly articles and a book chapter on Internet governance, e-government and broadband civic networks. In most recent years, Dr. Chango’s research has led him to investigate the making of an infrastructure for Internet digital identity and authentication protocols. He has earned two graduate degrees, in Political Science and in Philosophy, as well as a PhD degree in Information Science and Technology (Policy). Born in Togo, Dr. Chango is currently based in Abidjan and speaks several languages including French, English and Portuguese. 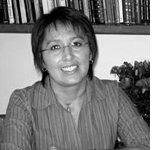 Valeria Betancourt - Ms. Betancourt is a sociologist with specialization in Communication and Cultural Studies. Born and based in Ecuador, she is an activist in the field of ICTs for development and social justice. She has participated in both phases of the WSIS process proactively collaborating in enhancing participation of Latin American civil society organizations in the Summit. She has coordinated APC's ICT Policies Monitor Project in Latin America. Her current work with APC focuses on ICT policies in the context of developing countries, Internet rights and Internet governance. She earned a Life Achievement Award from LACNIC in 2012.